Mank is a film by David Fincher about Herman J. Mankiewicz and his development of the screenplay by Citizen Kane. It got 10 Oscar nominations, including Best Picture.

Before talking about the film, I should mention the controversy over the authorship of the Citizen Kane screenplay. This is the summary on Wikipedia:

“In February 1940 Welles supplied Mankiewicz with 300 pages of notes and put him under contract to write the first draft screenplay under the supervision of John Houseman, Welles's former partner in the Mercury Theatre. Welles later explained, "I left him on his own finally, because we'd started to waste too much time haggling. So, after mutual agreements on storyline and character, Mank went off with Houseman and did his version, while I stayed in Hollywood and wrote mine." Taking these drafts, Welles drastically condensed and rearranged them, then added scenes of his own. The industry accused Welles of underplaying Mankiewicz's contribution to the script, but Welles countered the attacks by saying, "At the end, naturally, I was the one making the picture, after all—who had to make the decisions. I used what I wanted of Mank's and, rightly or wrongly, kept what I liked of my own."”

A lot has been written about the subject, like this article in Variety:

Or this article in the Smithsonian:

“Analyzing two overlooked copies of a Kane “corrections script” unearthed in the archives at the Museum of Modern Art in New York City and the University of Michigan, the journalist-turned-historian Harlan Lebo found that Welles revised the script extensively, even crafting pivotal scenes from scratch—such as when the aging Kane muses, “If I hadn’t been very rich, I might have been a really great man.” Lebo also saw notes by Welles’ assistant, Kathryn Trosper Popper, who recorded the director’s and writer’s reactions to changes in the screenplay (“Welles: Loves it. Mank: It stinks!”).”

In David Fincher’s film, not only does Orson Welles not write a single word but Mankiewicz is also the one to come up with the concept and the story, drawing on his own personal experience with William Randolph Hearst and Marion Davies. The film also shows that Mankiewicz writes Citizen Kane based on Hearst because of his grudge over Hearst’s smear campaign against Upton Sinclair, but apparently there’s no evidence of the real Mankiewicz supporting Sinclair, and his politics were complicated but leaned conservative. It was Welles who was a leftist.

Here’s a review about the problems with Mank:

You may say that this is a fiction film, not a documentary, and historical fact doesn’t matter, but can you say so about Anonymous, admittedly a more extreme case, a film about Edward de Vere being the true author of Shakespeare’s plays? There’s also a delicious irony when Mank is about fake news, the dishonesty of Hollywood, and the naïvete of the audience for believing that King Kong is 10 stories tall and Mary Pickford is a virgin at 40 (a line said twice by Mank), but the film itself is full of untruths.

To leave all that aside, I don’t really share lots of critics’ enthusiasm for the film either. For example, Mank got an Oscar nomination for Best Cinematography. Its B&W is better than the B&W of Roma, which is not a very high bar, but if you place Mank next to Citizen Kane, you’ll see that the cinematography of Citizen Kane is so much better, especially the lighting. 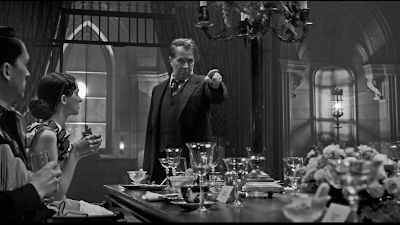 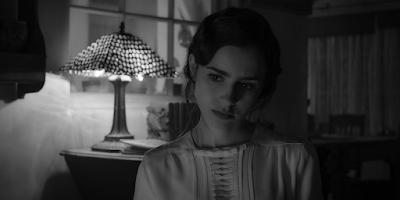 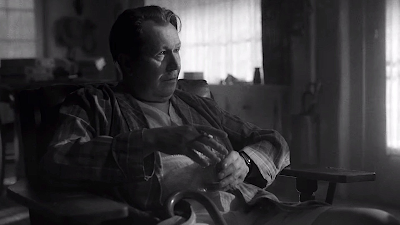 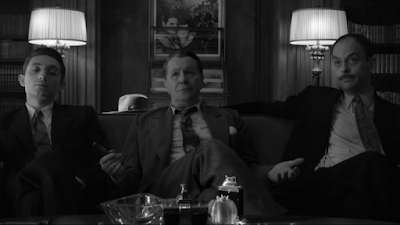 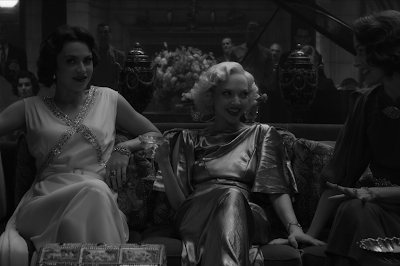 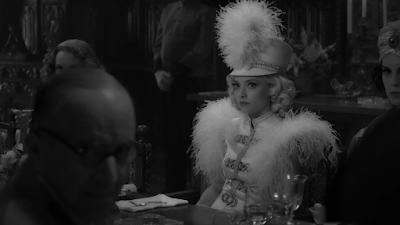 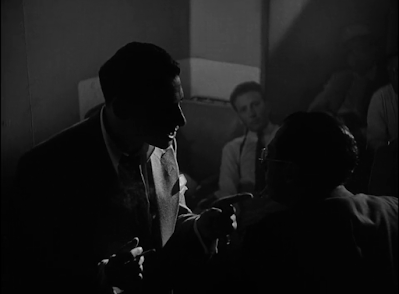 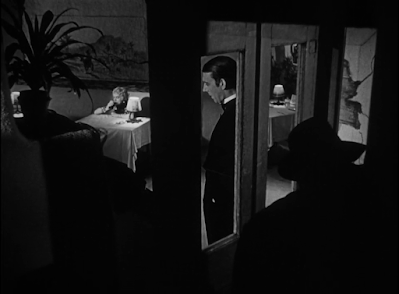 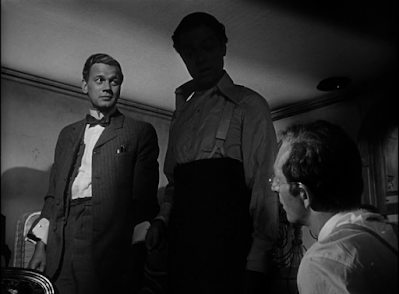 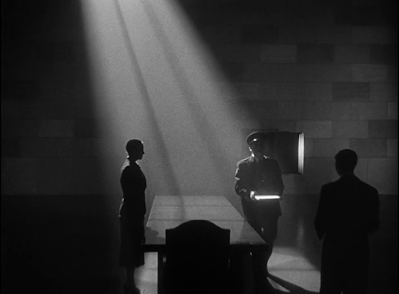 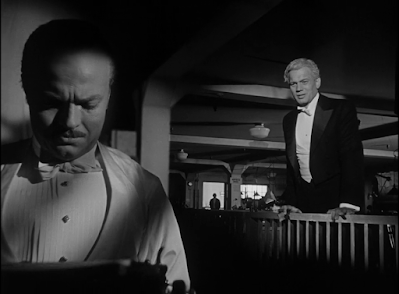 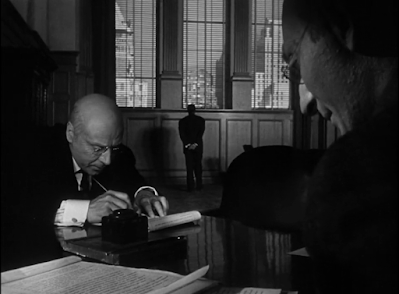 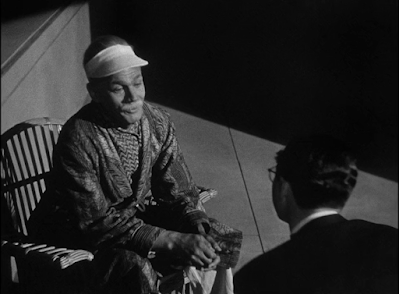 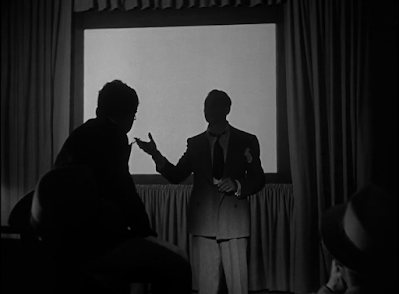 There is a huge gap between Erik Messerschmidt’s flat lighting in Mank and Gregg Toland’s expressive use of light and shadow and the use of deep focus in Citizen Kane. People who praise the B&W of Mank, like those enthusing about Roma a few years ago, probably have never seen a proper B&W film.

I’m not going to talk about Tom Burke’s performance as Orson Welles—Welles has a strong, dominating presence that is hard to match.

Gary Oldman is good in the role of Mankiewicz, as always. The film as a whole, however, isn’t as good as people say. It isn’t compelling. Some people say Citizen Kane is boring, which I’ve never understood—the only thing that may be dry about it is the newsreel at the beginning about the life of Charles Foster Kane, but after that point, the film becomes utterly captivating and often funny. Mank is the opposite, interesting at the beginning but soon tedious.

I’m going to cheat and put up this passage from Eileen Jones’s review in The Wire:

“The film’s lax flashback structure from Mankiewicz’s point-of-view seems to be in contrast to Citizen Kane’s dynamic flashback structure from multiple, contradictory points-of-view, just as Mank’s blah cinematography could be run alongside Citizen Kane to demonstrate what not to do with black-and-white film. Weird gimmicks like the “cigarette burns” in the upper right corner of the frame and soundtrack pops which characterised the movie projection process in 1941 are included in Mank to no real purpose other than to make you think momentarily that there’s been some mistake.

Both Mank and Citizen Kane feature legendary, tormented, contradictory men at the centre of the narrative. But Mank is so insistent that its hero was a total mensch maddened by the vile power politics of Hollywood that it undercuts the fascination of Mankiewicz’s obsessive drinking, gambling, and wisecracking.”

That’s another problem with Mank, the film seems to present Mankiewicz as the only mensch in Hollywood. There are some other nice characters such as the typist/secretary (played by Lily Collins) but she is outside Hollywood—everyone else in Hollywood is dishonest and selfish and corrupted in some way.

Owen Gleiberman’s review says “Mank is a tale of Old Hollywood that's more steeped in Old Hollywood – its glamour and sleaze, its layer-cake hierarchies, its corruption and glory – than just about any movie you've seen, and the effect is to lend it a dizzying time-machine splendor.” (source)

If you haven’t seen Mank, go ahead and watch it if you want to. Or you can (re)watch Citizen Kane, and Sunset Boulevard instead, and have a better time.