Imagery in My Antonia

Let’s start with some personal news. Those of you who don’t follow me on Twitter or Facebook may have been wondering where I’ve been the past few weeks. Guess what, I’ve moved to London for work.

Now let’s talk about My Antonia.

My Antonia has a frame story in which “the author” and a guy named Jim Burden want to write a book about Antonia (stress on the first syllable). Jim Burden jots down some notes, which turn into a memoir, and that is the book we read. Jim Burden at the age of 10 moved to Nebraska to live with his grandparents, after his parents’ deaths, and there he met Antonia and her family from Bohemia. The title is slightly misleading—it is about her, but it’s also about Jim Burden’s life and about other people in Nebraska, especially in Black Hawk.

Willa Cather’s novel is a novel about people. As I assume people generally write about characters, I’ll write about something else.

“There seemed to be nothing to see; no fences, no creeks or trees, no hills or fields. If there was a road, I could not make it out in the faint starlight. There was nothing but land: not a country at all, but the material out of which countries are made.” (B.1, ch.1)

“Perhaps the glide of long railway travel was still with me, for more than anything else I felt motion in the landscape; in the fresh, easy-blowing morning wind, and in the earth itself, as if the shaggy grass were a sort of loose hide, and underneath it herds of wild buffalo were galloping, galloping …” (B.1, ch.2)

Is that not good?

“All about me giant grasshoppers, twice as big as any I had ever seen, were doing acrobatic feats among the dried vines.” (ibid.)

See how Willa Cather writes about the seasons:

“There was only—spring itself; the throb of it, the light restlessness, the vital essence of it everywhere; in the sky, in the swift clouds, in the pale sunshine, and in the warm, high wind—rising suddenly, sinking suddenly, impulsive and playful like a big puppy that pawed you and then lay down to be petted.” (B.1, ch.17)

“Winter lies too long in country towns; hangs on until it is stale and shabby, old and sullen. […] in Black Hawk the scene of human life was spread out shrunken and pinched, frozen down to the bare stalk.” (B.2, ch.7)

I also love the way she describes the weather.

This is a particularly striking image of the sun:

“Presently we saw a curious thing: There were no clouds, the sun was going down in a limpid, gold-washed sky. Just as the lower edge of the red disc rested on the high fields against the horizon, a great black figure suddenly appeared on the face of the sun. We sprang to our feet, straining our eyes toward it. In a moment we realized what it was. On some upland farm, a plough had been left standing in the field. The sun was sinking just behind it. Magnified across the distance by the horizontal light, it stood out against the sun, was exactly contained within the circle of the disc; the handles, the tongue, the share—black against the molten red. There it was, heroic in size, a picture writing on the sun.” (ibid.)

The sun and the moon:

“As we walked homeward across the fields, the sun dropped and lay like a great golden globe in the low west. While it hung there, the moon rose in the east, as big as a cartwheel, pale silver and streaked with rose color, thin as a bubble or a ghost-moon.” (B.4, ch.4)

“On the edge of the prairie, where the sun had gone down, the sky was turquoise blue, like a lake, with gold light throbbing in it. Higher up, in the utter clarity of the western slope, the evening star hung like a lamp suspended by silver chains—like the lamp engraved upon the title-page of old Latin texts, which is always appearing in new heavens, and waking new desires in men.” (B.3, ch.2)

The writing is so good.

“Misfortune seemed to settle like an evil bird on the roof of the log house, and to flap its wings there, warning human beings away.” (B.1, ch.8)

The book is full of fascinating metaphors and similes.

“Now there was a place where the girls could wear their new dresses, and where one could laugh aloud without being reproved by the ensuing silence. That silence seemed to ooze out of the ground, to hang under the foliage of the black maple trees with the bats and shadows.” (B.2, ch.8)

“Now it was broken by light-hearted sounds. First the deep purring of Mr. Vanni’s harp came in silvery ripples through the blackness of the dusty-smelling night…” (ibid.)

Silence “[oozes] out of the ground” and sound comes “in silvery ripples”.

“He took the bag from his belt and showed us three rabbits he had shot, looked at Ántonia with a wintry flicker of a smile and began to tell her something.” (B.1, ch.6)

This is Pavel, one of the two Russians (note the crazy story of the wolves):

“He must once have been a very strong man, but now his great frame, with big, knotty joints, had a wasted look, and the skin was drawn tight over his high cheek-bones.” (B.1, ch.5)

This is the black prodigy pianist:

“When he was sitting, or standing still, he swayed back and forth incessantly, like a rocking toy. At the piano, he swayed in time to the music, and when he was not playing, his body kept up this motion, like an empty mill grinding on.” (B.2, ch.7)

Gross, but this is also an interesting comparison:

My Antonia is a very good book.

Email ThisBlogThis!Share to TwitterShare to FacebookShare to Pinterest
Labels: literature

The first thing that needs to be said is that Orson Welles makes quite a few changes: he removes blocks of text (making the film 107 minutes), reassigns lines to other speakers or moves them around, adds an element of voodoo to the witches, brings them back at the end of the film, depicts things that happen off-stage in Shakespeare’s play (such as Lady Macbeth’s suicide), lets some characters appear in scenes in which they aren’t present in the play (such as Macbeth in the sleepwalking scene), and so on. 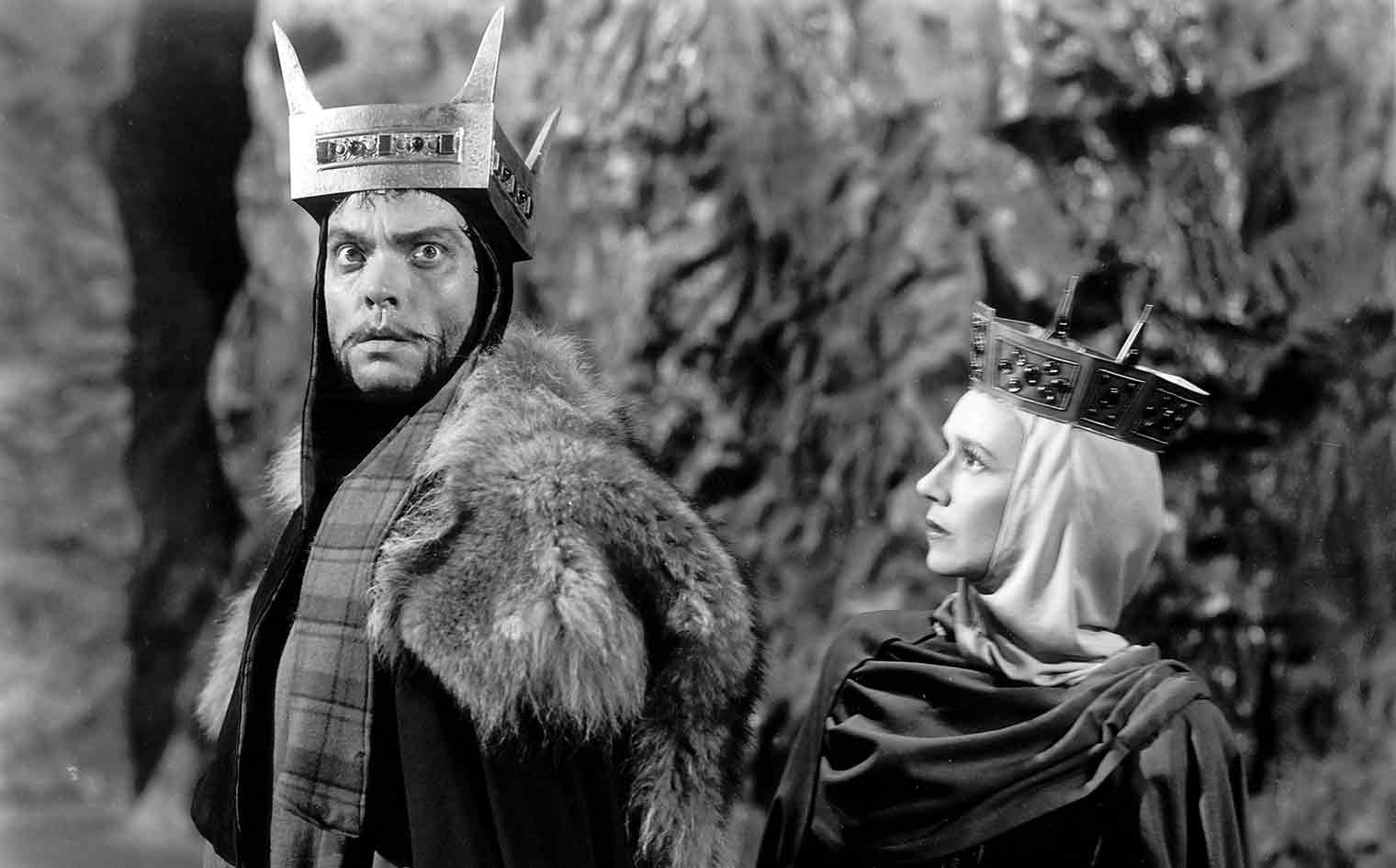 Many of the changes work fine, better than the way Joel Coen plays around with the character of Ross in the 2021 film.

The most significant changes are to do with the character of Lady Macbeth. In the play, we can see that right from the beginning, Lady Macbeth thinks of murder in abstract terms and isn’t as strong as she seems—that’s why she has to summon spirits to “Unsex me here/ And fill me from the crown to the toe top-full/ Of direct cruelty”, that’s why she doesn’t do the killing herself and tries to justify it to herself—Lady Macbeth starts to break when she realises the enormity of what they have done. Macbeth and his wife gradually lose their minds as they’re further and further stepped in blood, and suffer torments of hell whilst on earth.

In the 1948 film, Welles establishes a closer relationship between Lady Macbeth and Lady Macduff, and has both the Macbeths present when the Macduff family is getting killed. It seems as though the horrors of watching Lady Macduff and the children getting murdered are the final thing that pushes Lady Macbeth over the edge.

This is an interesting choice and could work, if not for Jeanette Nolan. Judi Dench spoils you for other performances, but Jeanette Nolan really is not good as Lady Macbeth and has no intensity in her performance—after all, it’s her film debut. I can’t help wondering what Vivien Leigh would have done with the role, as she was Welles’s first choice though he didn’t ask her because he thought Laurence Olivier would not support it. And Vivien Leigh was a Shakespearean actress.

As for Orson Welles as Macbeth, he’s quite good. He’s not on the level of Ian McKellen (who is?), but he’s conflicted, tortured, tormented—much better than Denzel Washington in the 2021 film.

One thing I find particularly interesting about the film is its clear influence on Joel Coen’s The Tragedy of Macbeth. Both films are in B&W; Welles’s film is in a studio and looks like a stage, Coen’s is filmed on a soundstage; both films take the expressionistic approach and embrace artifice; both films play with shadows, smoke, and water. Any more comparison would be unjust to Welles and his crew, as they had a relatively small budget and shot everything in 23 days, but I do think the atmosphere of the film is good. They make up for it with the use of sound.

Overall, this is an interesting film, with sadly a weak Lady Macbeth.