Brief thoughts on Throne of Blood

I wonder what I would have thought about Throne of Blood, had I not known Shakespeare’s play—but I do, and love Macbeth. Speaking as a fan of Kurosawa, especially Ran, I was disappointed. 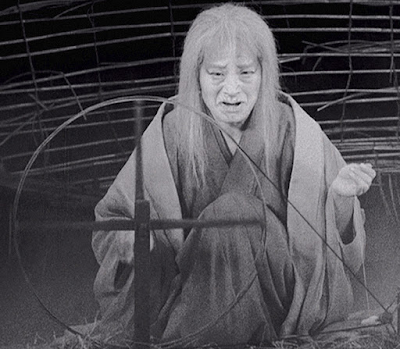 So what is the problem? I shall not talk about the loss of poetry, which is to be expected, and I personally have always been fascinated by film adaptations that move the story to a different setting, a different country and culture, such as Ran (loosely based on King Lear) or Untold Scandal (South Korean, based on Les Liaisons Dangereuses). In many ways, Throne of Blood is an admirable adaptation—the foggy atmosphere and the line about the moving forest work perfectly, and the evil spirit spinning the thread in the deep forest, replacing Shakespeare’s 3 witches, is a haunting image. I just can’t help feeling the loss of poetry because part of its greatness is in the language, and many great lines are no longer there.

More importantly, I just don’t think Throne of Blood has the psychological depth and complexity of Shakespeare’s play. Isuzu Yamada as Lady Asaji is striking—her face barely moves, almost like she’s not human; her cold-hearted ambition and evil make one think of Lady Kaede in Ran. Unlike Lady Macbeth, Lady Asaji doesn’t seem to struggle with herself or have any vulnerability for a large part of the film. Unlike Lady Macbeth, she doesn’t have to summon spirits to ask them to “fill me from the crown to the toe top-full/ Of direst cruelty. Make thick my blood/ Stop up the access and passage to remorse”, she doesn’t have to justify to herself why she doesn’t do the killing herself, she doesn’t sway from her purpose for a moment. Lady Asaji is too cold, too confident, too calculating and manipulative to descend into madness as in the play, which is why Kurosawa has to invent a reason—her baby, who ends up as a stillborn. 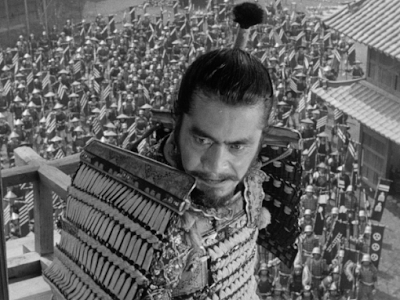 Washizu, played by Toshiro Mifune, doesn’t have the depth of Macbeth either. Because the character of the wife is changed, the nature of their relationship is also changed: in Shakespeare’s play, Lady Macbeth is the one who comes up with the plan and talks Macbeth into doing it, but Macbeth is still the one who commits the murder and she cannot, then afterwards he has to kill more and more people and she is the one to tell him “You must leave this”; the relationship between Washizu and Lady Asaji doesn’t seem to have that kind of complexity as she manipulates him the entire time, she talks him into killing the Lord and then convinces him to kill Niki (the equivalent of Banquo). Compared to Macbeth, Washizu appears weaker and completely controlled by his wife.

The film also suffers from the loss of soliloquies. We do see Washizu reason against Lady Asaji’s scheme, we do see him struggle with himself, we do see him in shock after he kills the Lord (and realises the enormity of what he’s done). A bit is lost when we don’t have the “If it were done when 'tis done” speech, which shows that Macbeth not only knows all the arguments against killing Duncan but also knows perfectly well it would lead to more blood—he just can’t help it.

But I think the film does suffer from the loss of 2 great soliloquies, the “Is this a dagger which I see before me” one and the “Tomorrow, and tomorrow, and tomorrow” one. Or perhaps a better way of putting it is that Throne of Blood still works well as a film, it just doesn’t have the psychological depth and complexity of Macbeth, and part of it is because it doesn’t have these soliloquies.

What do you think?