Volume III part II chapter 14 War and Peace.
1st meeting, Nikolay Rostov 'rescues' Marya Bolkonskaya. Marya, lonely for a long time and at the moment, grieving her father's death, feeling desolate without her father and brother, fearing the French approaching and feeling helpless among the stubborn peasants who wouldn't let her get away, overflows with gratitude and easily falls in love with him.
At the same time, she also makes a favourable impression on Nikolay.
What will happen next? Will he fall in love with Marya? What will he do? How about Sonya? Will he choose Marya or Sonya?
Nikolay seems to like the gentle, benevolent, sweet type of girl. Not the type that entrances everybody like Helene. Not the type that captivates and fascinates like Natasha. Marya's kind of love is probably like Sonya's, not strong but deep, tender and enduring. Come to think of it, Sonya and Marya are very similar, both are kind, both are bullied in some way (Marya by her own father, Sonya by Nikolay's mother), both suffer and are capable of lots of hardships, both take everything in without hurting anybody or complaining. That doesn't mean they're absolutely alike, of course- Marya's plain, more religious, apparently more passive, less decisive. I might be wrong, but I can't imagine Marya taking action to stop Natasha's elopement the way Sonya does. She seems passive, even slow and not particularly bright. Can't imagine her feeling natural and at ease in make-ups (the beard) like Sonya either. Besides, whilst I sometimes feel sorry for Sonya too, Marya evokes more pity. She's not the kind of person one would like, rather, one feels sorry for her.
Now, after many chapters, and after comparing the female characters, I think I like Natasha more than the others. In spite of everything, she lives. And she has something burning inside. It can be powerful and destructive- for instance, from volume II part IV chapter 10:

"Maternal instinct told her there was something excessive about Natasha, something that would stop her ever being happy."

And yet, it makes her interesting.
From volume II part IV chapter 7:


"What was going on in that childlike, impressionable soul, so eagerly devouring and absorbing all the vast range of impressions that life can offer?"

Some of the pics:

Email ThisBlogThis!Share to TwitterShare to FacebookShare to Pinterest
Labels: photos

"W&P": The self-assurance of different peoples

I'm 1 of those people who think stereotypes (empirical generalisations) are relative, but not entirely wrong, and that it's OK to have stereotypes (which we all do) as long as we don't take them too seriously and are aware that they are not absolute.
The passage above may or may not be right (I think there's some truth in it), but it's interesting nevertheless.
Posted by Hai Di Nguyen at 18:06 No comments:

Bumping back: On "Notes from Underground" and "Invisible Man"

“One night I accidentally bumped into a man, and perhaps because of the near darkness he saw me and called me an insulting name. I sprang at him, seized his coat lapels and demanded that he apologize. [...] I butted him again and again until he went down heavily, on his knees, profusely bleeding. I kicked him repeatedly, in a frenzy [...] And in my outrage I got out my knife and prepared to slit his throat [...] when it occurred to me that the man had not seen me, actually; that he, as far as he knew, was in the midst of a walking nightmare!” (Ellison 1952, 3-4)

This scene is reminiscent of a similar scenario in part two of Notes from Underground:

“I was standing beside the billiard table, blocking the way unwittingly, and [an officer] wanted to pass; he took me by the shoulders and silently- with no warning or explanation- moved me from where I stood to another place, and then passed by as if without noticing. I could even have forgiven a beating, but I simply could not forgive his moving me and in the end just not noticing me.” (Dostoevsky 1993, 49)

The insult of being treated like an object bothers the narrator, whom we can call the underground man, for years. The invisible man is also underground and the underground man is also invisible, but if the invisible man reacts immediately, with hatred and violence, the underground man carries anger and spite within himself as he follows the officer and learns about his ‘enemy’. It torments him that for a long time the officer still fails to see him, and he himself always has to swerve and make space for the officer, so one day a thought occurs to him “What if I meet him and... do not step aside? Deliberately do not step aside, even if I have to shove him- eh? How will that be?” (ibid, 53) After some struggle and preparation, he finally does it:

“Suddenly, within three steps of my enemy, I unexpectedly decided, closed my eyes, and- we bumped solidly shoulder against shoulder! I did not yield an inch and passed by on a perfectly equal footing! He did not even look back and pretended not to notice: but he only pretended, I’m sure of that. To this day I’m sure of it! Of course, I got the worst of it; he was stronger, but that was not the point. The point was that I had achieved my purpose, preserved my dignity, yielded not a step, and placed myself publicly on an equal footing with him.” (ibid, 55)

This scenario has the absurd, comic quality that is absent in Invisible Man, but the idea is the same, and both scenes are significant in helping understand the narrators and introducing the main theme of the novels. The invisible man says “... you often doubt if you really exist. [...] It’s when you feel like this that, out of resentment, you begin to bump people back. And, let me confess, you feel that way most of the time. You ache with the need to convince yourself that you do exist in the real world, that you’re a part of all the sound and anguish, and you strike out with your fists, you curse and you swear to make them recognize you...” (Ellison 1952, 3) Through these lines one can see that even though the two books deal with different kinds of people, different societies, different issues, both narrators feel invisible and alienated from society and crushed by external forces, and both do all they can to feel alive, to affirm their own existence and individuality. It is this theme that unites the two works.
Notes from Underground is divided into two parts. The second part, “Apropos of the Wet Snow”, is a narrative. The first part “Underground”, on the other hand, is written in the form of a diary, or an essay, which is an explicit attack on What Is to Be Done? in particular and utilitarianism, utopianism and Western philosophy in general. As argued by the underground man, utilitarians attempt to show people how to live and to make decisions in life, without taking into account the most important aspects of human nature that human beings are self-contradictory and irrational, and, in the underground man’s words, stupid and ungrateful. People, even when well aware of their real profit, “would put it in second place and throw themselves onto another path, a risk, a perchance” only because they do not want a designated path (Dostoevsky 1993, 20-1). The underground man argues:

“Shower [a man] with all earthly blessings, drown him in happiness completely, over his head, so that only bubbles pop up on the surface of happiness, as on water; give him such economic satisfaction that he no longer has anything left to do at all except sleep, eat ginger bread, and worry about the noncessation of world history- and it is here, just here, that he, this man, out of sheer ingratitude, out of sheer lampoonery, will do something nasty. [...] It is precisely his fantastic dreams, his most banal stupidity, that he will wish to keep hold of, with the sole purpose of confirming to himself (as if it were so very necessary) that human beings are still human beings and not piano keys...” (ibid, 30)

The other side of old prince Bolkonsky

So I wrote that I liked the old man.
For 1 thing, he has a sharp eye and sees through everyone and everything. Nothing fools him. Good at his job, sharp and responsible, he's unlike the old count Ilya Rostov, the spendthrift, the party animal.
Also, like a liberal, he teaches Marya maths and sciences, and then lets her decide whether to marry Anatole. Of course, he does have some hints, but he does give Marya the freedom to choose, in spite of his strong disapproval and dislike of the Kuragins.
However, as I come to volume II part V chapter 6, he's depicted in a different light. He's hot-tempered and irritable to the point of meanness and cruelty- the combination of the political situation in Russia at the time and Andrey's intention to marry Natasha causes his constant bad mood and brings out the worst in him, he becomes a bully, a monster, all day spitting hateful words at his daughter. As I side with Andrey, 1 of my favourite characters, and Marya, whom I feel deeply sorry for, I more and more dislike the grumpy old man.
That's it. Nobody's perfect.
The curious part is whether he strongly opposes the marriage between Andrey and Natasha only because of the Rostov family and their wealth, or also Natasha herself. I pay attention to 1 scene, in which Marya asks Pierre about Natasha, implying through her phrasing that she's not well-disposed towards Natasha, and Pierre says he doesn't know much about her, Natasha's not clever, but fascinating, that's all. That makes me think- maybe what she and Liza have in common is charm and vivacity. I like that so far Natasha, unlike some weak women who depend entirely on men, doesn't collapse only because Andrey (or earlier, Boris) isn't around, but she indeed doesn't seem particularly clever (like those Jane Austen heroines), and even sounds quite silly now and then.
However, that's how I feel now. As I've been repeatedly revising my views on the characters in this huge work, it's very likely that I'll think differently about Natasha later on.
Posted by Hai Di Nguyen at 22:25 No comments: 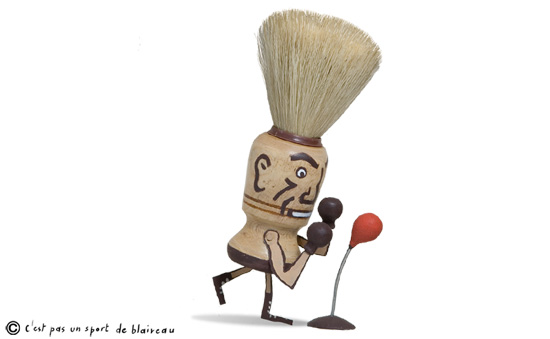 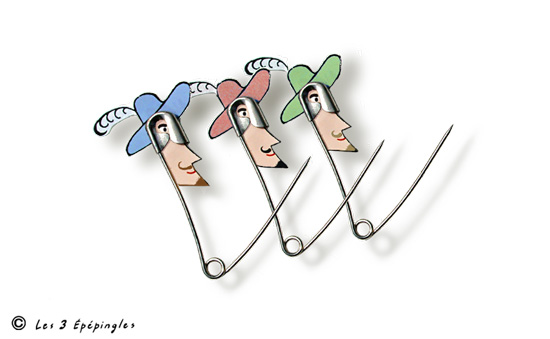 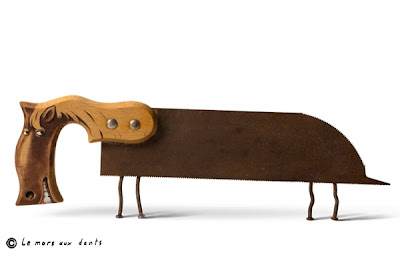 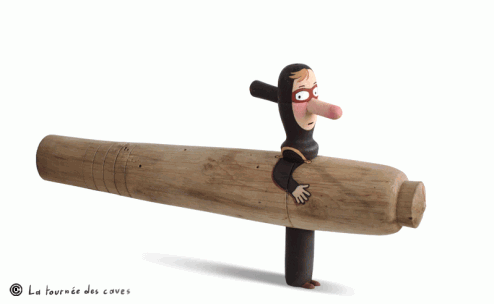 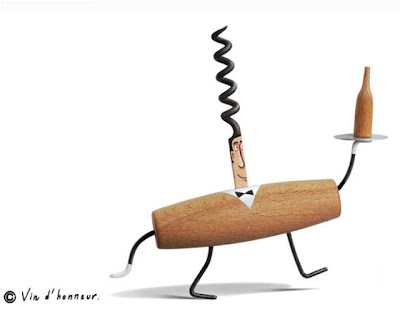 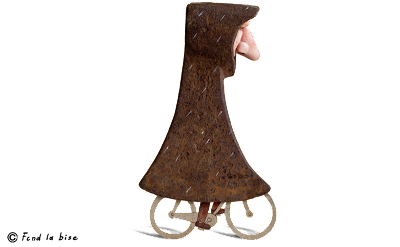 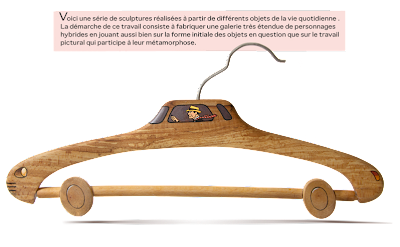 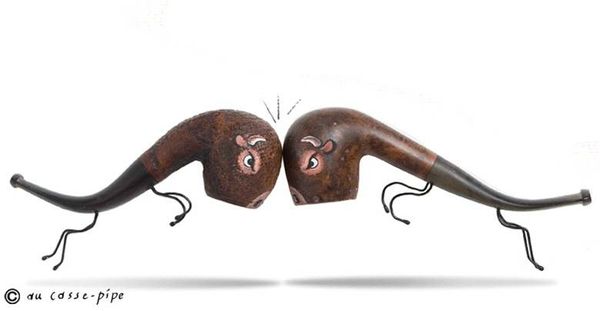 Support this blog with PayPal