Earlier I wrote about Marian's stupidity.
Wilkie Collins needs other tools for his novel.
Consider all the descriptions: I believe what happens in real life is that tiny details are either unnoticed/ dismissed as insignificant, forgotten and left out of the narrative, or noticed and remembered, seen as suspicious and then pondered over. That a character sees something, then pays it no thought, and yet still remembers it later and writes it down but doesn't treat it as meaningful, is odd. I'm thinking of Marian realising that the letter can be opened right away, Marian noticing the inexplicably strange spot of the seal, Marian having a vague feeling that she's being followed, Fanny noticing the letters are strangely crumpled, etc. There must be more examples that I forgot about (not regarding them as important, perhaps?). The characters thus have to be observant enough, with a memory that is good enough, not to overlook or forget these trifles- Wilkie Collins needs everything to be there, but they also have to be dim-witted enough not to put 2 and 2 together and not to realise their significance, at the time, to know what to do. So far, among the narrators, Hartright's probably the quickest. Other witnesses like Marian, Mr Fairlie, Fanny, Mrs Michelson (the housekeeper) are amazingly, intolerably slow that it makes one impatient after a while. This slowness is necessary for the plot and the presentation of all the important details, it's just repetitive and sometimes, how should I put it, a bit false.
Hopefully next time I'll write something positive.

Just watched The Killers. What can I say. Ava Gardner's the woman to die for. 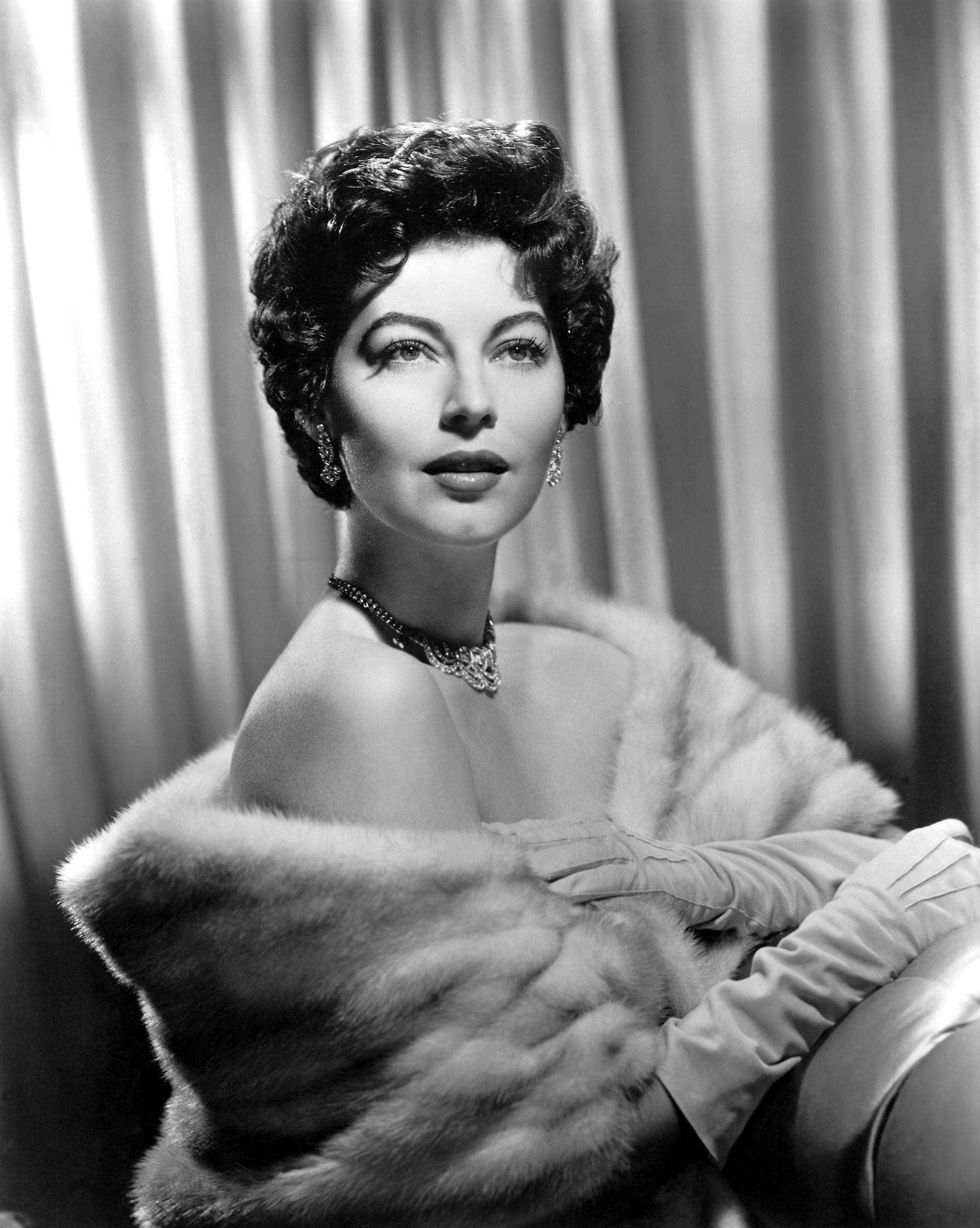 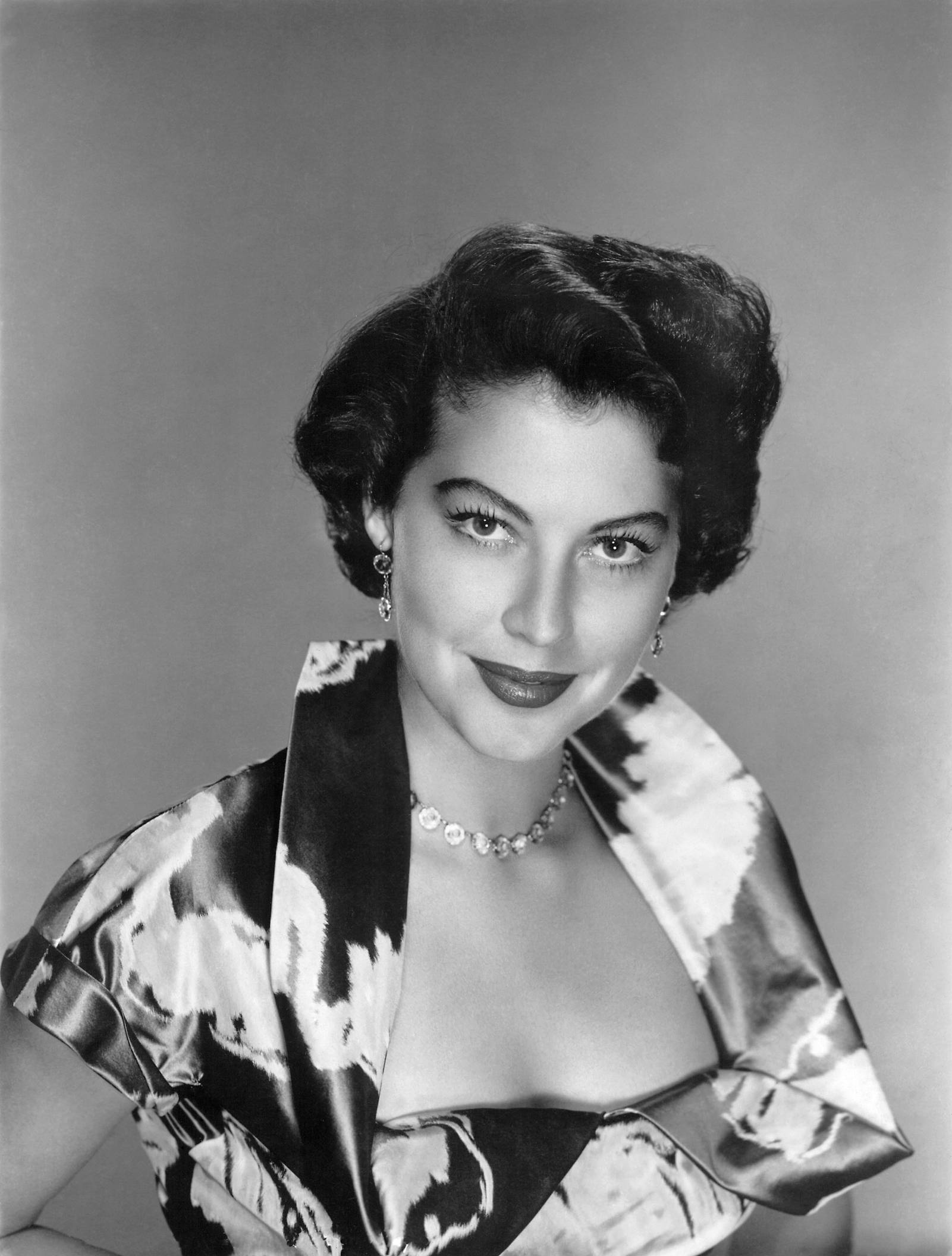 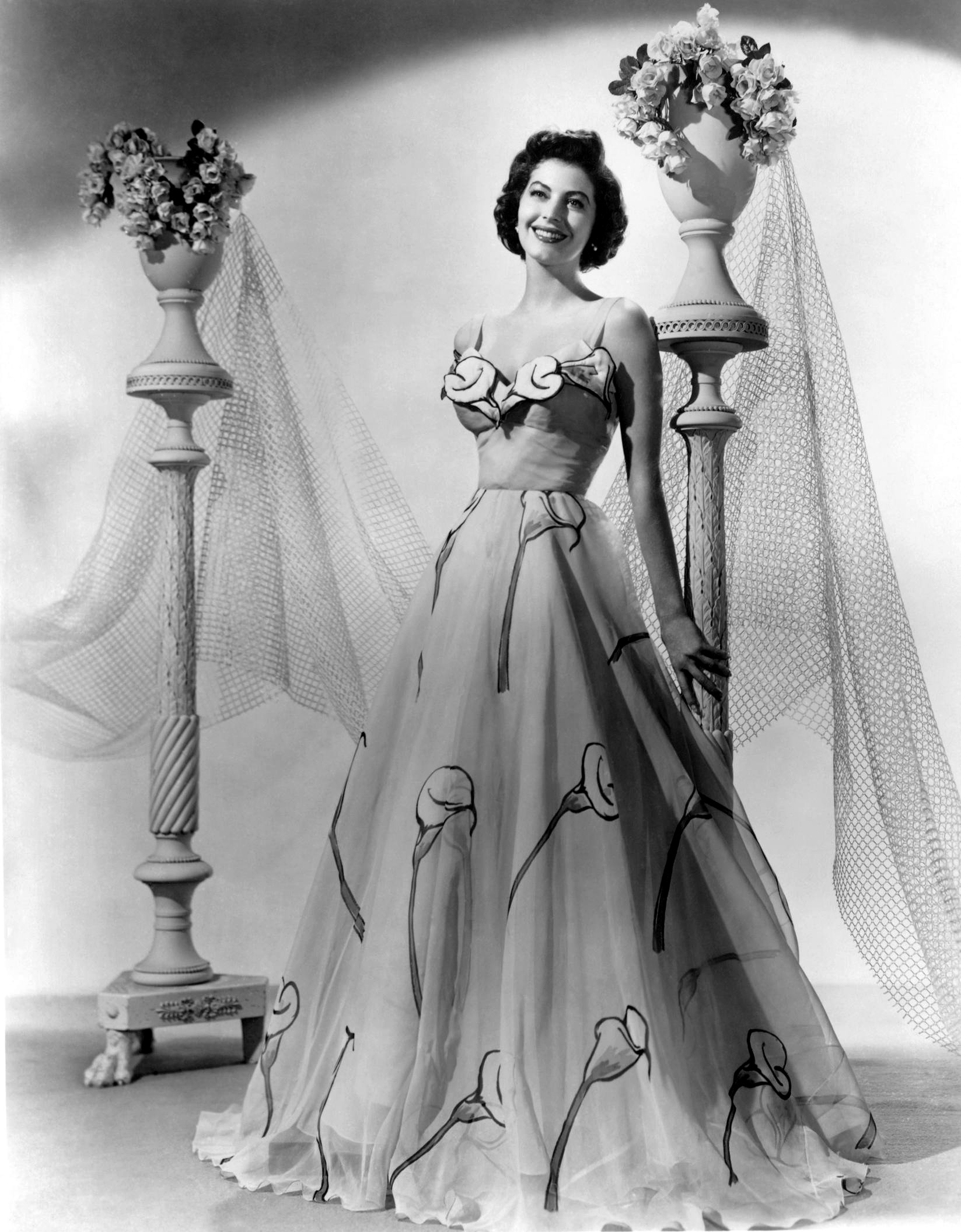 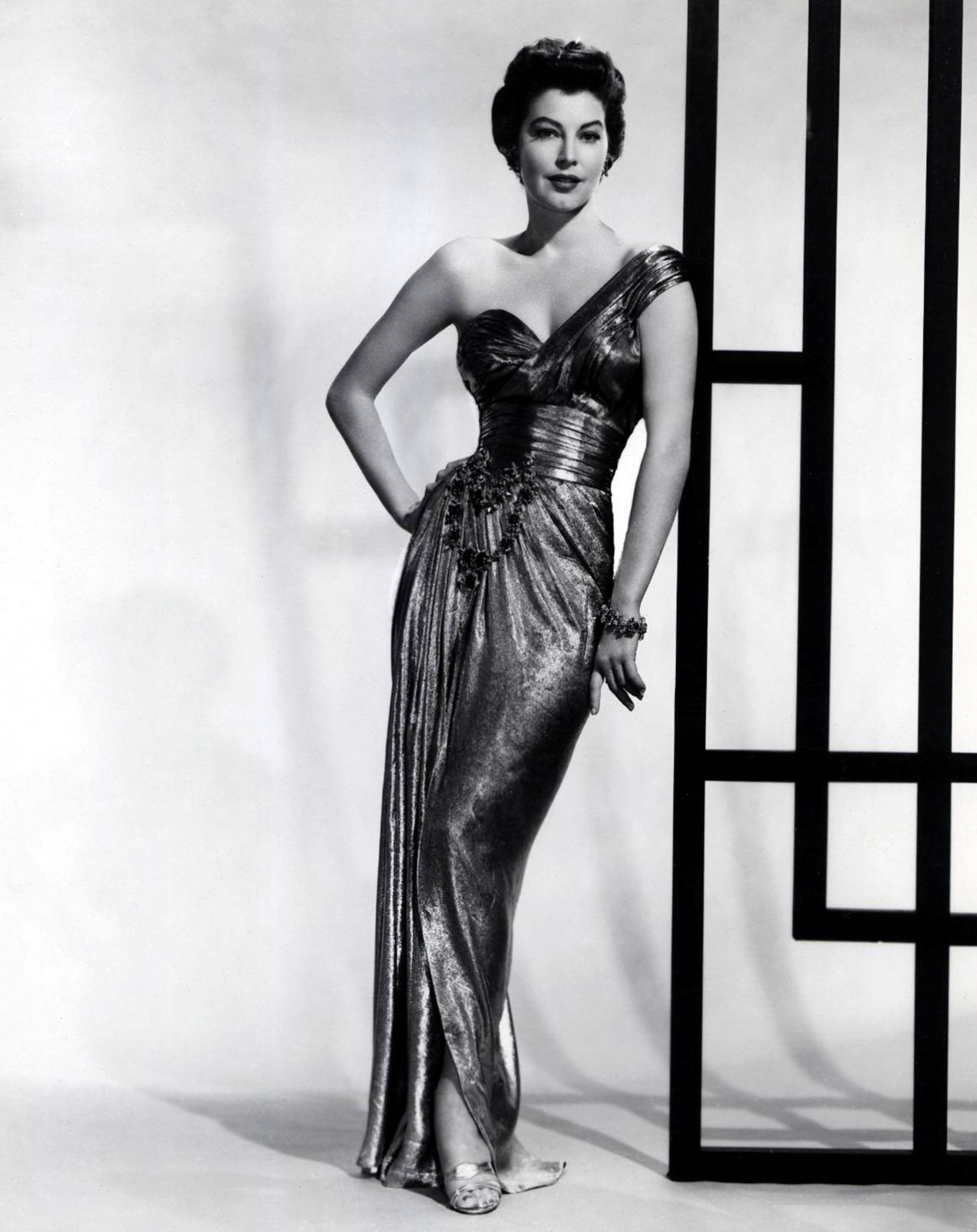 Pulchritudinous! Now I can't decide who would be the ultimate femme fatale- Ava Gardner in The Killers or Rita Hayworth in Gilda.

1/ Burns Walter's letter for fear of it being read by someone else, and writes about it in her diary?

2/ Realises that Sir Percival is not the honest, courteous, charming man he previously appears to be, believes that there's something suspicious in the Anne Catherick business, knows that Mrs Catherick doesn't want him to know she has been to the house and knows that she has to investigate the reasons, and yet talks about the dog and lets Percival know Mrs Catherick has been there?
3/ Writes a letter in secret and knows she shouldn't cause suspicion (which she warns Laura herself) but doesn't seal it and then places it in the post-bag where she can be seen, and doesn't suspect it when suddenly Countess Fosco wants to speak to her?
Even the fact that Marian doesn't try, in some ways, to find out where Percival goes and what he does in such a hurry, is quite stupid. She knows that it has to do with Mrs Catherick and Anne Catherick, and though there's no proof of Percival having done anything wrong morally or legally, his change in manners, the conversation Marian eavesdrops and some details here and there unveiling part of his true character, should lead her to think more about Anne's letter and wonder how true it is. Perhaps she cannot carry out the investigation herself, but at least should put on her guard and be careful with everything she does.
Of course these actions are more or less justifiable (e.g. concerning the dog, several people surround her and get stressed out about the blood and ask her repeatedly and force her to blurt out whose dog it is), and they are meant to advance the plot of The Woman in White, but they're nevertheless irritating. Why so slow, Marian? You're supposed to be the intelligent, sharp, independent one.

Update at 6.30pm:
I wonder how long it will take the "intelligent" Marian to realise that the Count, with the help of the Countess, spies on her and Laura and apparently sides with them against Percival only to gain her trust.

Update at 9.40pm:
The 2nd time Marian has to send letters, she takes care to give them to Fanny instead of placing them in the post-bag, and looks around to check everyone's whereabouts. Then she goes into the house, and goes out again to go to Fanny's place, this time not knowing where others are and not checking.
Later she rises a bit in my esteem by carrying out some investigation, i.e. following Percival and Fosco, but disappoints me soon afterwards- why continue writing in the diary when not well? At least she should lock the door once inside her own room.
Her carelessness now appears like a bit of a farce. It becomes a necessary tool for the advancement of the plot, and it is absurd.
Posted by Hai Di Nguyen at 09:43 10 comments:

The Private Life of Sherlock Holmes

Somewhere at the beginning, there's a scene in which Sherlock Holmes tells Watson that he tends to over-romanticise the image of Sherlock and exaggerate his genius. The film promises to present Sherlock Holmes in a different way, and does just that- it gives a glimpse of his vulnerabilities hidden from others. He's shorter, less handsome, less brilliant; he's fallible, capable of feelings and thus human*. Except for a few funny moments, such as the hilarious scene in the ballerina's dressing room, the film as a whole is melancholy: Sherlock's silence when Watson asks him about the women in his life, when Watson asks about the woman's arrest, when Watson asks about "the personal message", when he receives the bad news at the end of the film; Sherlock's answer to the woman about why women are not to be trusted, as he tries to hide his own feelings; Sherlock's vague response to the German woman when she mistakenly believes that he suspects the truth all along.
The Private Life of Sherlock Holmes may not compare to Billy Wilder's greatest films such as Sunset Blvd, The Apartment, Some Like It Hot and Witness for the Prosecution, but it's underrated, and that's unfortunate.

*: Reminds me of this scene from Sabrina- "No man walks alone from choice":

The Woman in White- 1st impressions

Now that the hectic period is finally over, my blog is again a book blog. I'm reading Wilkie Collins's The Woman in White.
Here is a passage from chapter 6:


"The lady's complexion was almost swarthy, and the dark down on her upper lip was almost a moustache. She had a large, firm, masculine mouth and jaw; prominent, piercing, resolute brown eyes; and thick, coal-black hair, growing unusually low down on her forehead. Her expression—bright, frank, and intelligent—appeared, while she was silent, to be altogether wanting in those feminine attractions of gentleness and pliability, without which the beauty of the handsomest woman alive is beauty incomplete."

Reading these lines I thought of this woman: Then the lady says to Walter Hartright "You see I don't think much of my own sex..." To some extent, this seems to be true for George Eliot as well.
As it turns out, the character's name is Marian Halcombe, and George Eliot's real name is Mary Ann Evans, also written as Marian Evans- is this a coincidence?

P.S: There is a word, Japanese and untranslatable, that perfectly fits Marian as described by Hartright: Bakku-shan, "a beautiful girl, as long as she is viewed from behind".
Posted by Hai Di Nguyen at 11:22 No comments: